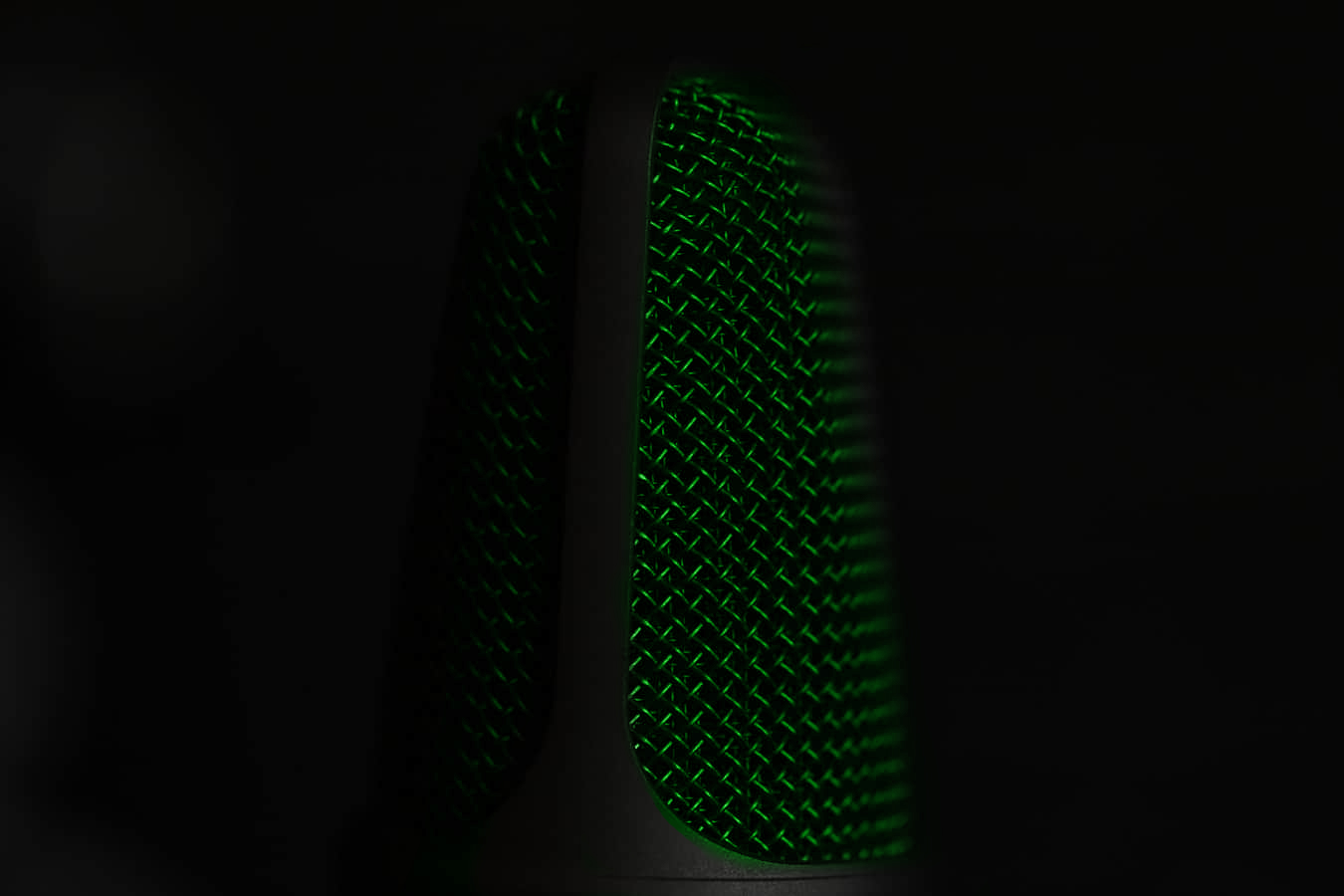 A Complete Guide for Mixing Music

How to Mix Music: The Audio Mixing Guide

The process of audio mixing is one that’s extremely important in building the right track – or album. However, there are several things to consider. In this guide, we’ll walk through some of the most important steps when searching for how to mix music online.

Setting up your mixing session

If you’ve got a digital audio workstation, then you’re pretty okay, since most of them provide useful work templates that can help you learn how to mix. As long as you’ve got a model that you like, then you can begin on your audio engineering journey.

It sounds simple, but it’s actually essential. If you record something separate, then name it as it should be. That’s part of what audio mixing is all about. This way, you can remember a component when you want it and just get to it quickly when it’s time for mixing vocals.

Everyone has an idea when it comes to how to mix songs or the essential things in terms of audio mixing. However, the essential basics include the following:

Hey, I go by Mr Mix and Master. I'm determined to make musicians and producers grow. My only question is, will it be you?

Audio mixing doesn’t start at the point when you get the audio mixing software. Music mixing is a continuous piece of the music production process that takes various steps.

Mostly, there are several things you will need to keep in mind and follow step by step. You need to know how the track will feel, the type of ambiance you’re looking to build, and how to get the best character out of your recordings.

So, when someone comes to you and says, “Mix my song,” you need to remember a lot of this and ask them the questions. By understanding what you want the song to be like, you can throw in your music mixing expertise to help bring out the best in it.

Believe it or not, the most important step in making a great mix is balancing the volume levels of each track. Think about what sounds are most important at any given point in the song and give them a volume level that puts them at the forefront. From there, you can balance less important sounds relative to the star of each section.

For many songs, the most important track will be the lead vocal. The bass, kick drum, and lead melody instruments are important in their own right and should be emphasized when it makes sense.

Before you start balancing levels, you’ll likely want to do at least a little bit of compression on your individual tracks. Compression is essentially reducing the difference between the loudest and quietest parts of a track. The end result is that the track will have a more consistent volume level, which then makes it easier to balance.

Panning is another vital part of the audio mixing process. It helps you to control a mix’s stereo width, and it helps you to place sounds properly in a mix.

As a general rules, you will need to keep the lower and heavier sounds (like your bass and kick) in the center of the mix. They should be the centering force that will help carry the track. If everything is centrally panned, though,  your mix will sound crowded or flat. So you’ll want to pan some instruments to the left or right in order to get that wide sound we all love.

EQ is the mixing part that deals with frequencies. It boosts, cuts, and balances the mix’s frequencies to ensure that you achieve the perfect sound.

Every sound is made of frequencies, which are measured in Hertz (Hz). Equalizing is the art of boosting, cutting, and balancing all the frequencies in a mix to get the preferred sound.  All sounds can be placed in low or high-frequency categories, but they will also all have effects later on.

Filters will help make your frequency range more precise. The most important are high and low pass filters, which limit the signal that you can let through during gain staging.

Also, keep in mind that you need to be careful and pay attention to every track.

Carving EQ in the audio mixing process is corrective EQ. You correct your frequency while considering the other tracks, and you make everything fit much better. Carving one track with the others in mind will especially allow the mixes to blend with one another and sound better.

If you’re using reverb as an effect in the audio mixing process, then you can do what you want. As long as you get what you like, then you’re fine.

You can also add a bit of a mix with your steps concerning how to mix a song and put the EQ before the reverb. You will EQ what goes into the reverb.

A bus is another crucial part of professionally mixed music. When you send multiple sounds to a single track (which, by the way, is the bus), you can give them the same processors.

Buses are handy. A drum bus allows you to process the drum sounds to one unit, and you can treat them with a single reverb to bring them all into the same space. All in all, buses are great for experimenting with sounds such as a kick drum or bass guitar.

NOTE: Try to keep to good sounds from the onset even if recording in a home studio. This will avoid a lot of stress in the long run.

How to Mix Vocals

One of the main things EQ does is balance the tone. EQing a track means you’re balancing frequencies with more of the good and less of the bad. You’re basically balancing the instruments with each other, making sure they all fuse and play nicely together.

Compression: At its most basic form, compression takes the softest and loudest parts of a track and moves them closer to the middle in terms of volume. It smooths out the volume, so to speak. This gives an engineer freedom to make the track fuller overall without any audio levels peaking or blaring.

The second part of audio compression would be automating the volume control. Adding compression to the vocal track of a song is one of the most common uses. By adding this compression an artist’s voice can go from a soft and quiet tone to a massive chorus. When there is little to no vocal compression, vocals can stick out and sound very unpleasant.

De-essing: A de-esser does the task of removing sounds like “s”, “z”, and “sh.” A pop filter for example will  catch most of these sounds nine times out of ten. However, sometimes the performer has very distinctive pronunciation that sneaks into the vocal stem. A de-esser can help lessen these unpleasant sounds, giving the record a much smoother feel on the listeners ear.

Delay: A delay is a sound effect created when one puts an input signal into an audio storage medium and then plays it back shortly there after. All audio engineers use delays, a delay is one of the premier music effects across all music genres.

I like to use delays in addition to ambience while transitioning to the next piece of the record.

Normally when you add any delay to a vocal track, the delay will be subtle. However, sometimes audio delays can sound very clean on layered tracks or harmonies.

Harmonies: This is just one more way to spruce up any vocal, adding a bigger feel. Most artists believe in stacking vocals to make the chorus seem fuller or bigger. Not sure how much, add just enough to give the vocals some depth, this may take a few attempts as too much can be a bad thing.

Last but certainly not least, mix references are another tool that all mixing engineers should use. With these tools, you can measure up your mix to see if it sounds excellent and is up to standard.

Essentially, you can take a professional track with a similar feel to the one you’ve created and compare it with what you’ve done. Compare each component to what you love about the reference track, and make changes where you need to.

Regardless of what the track is, throw it up and see how you’ve performed.

Keep in mind that getting the right mix is a process. The audio mixing process is one where you always need to go back and make adjustments as you move forward. When you have the perfect mix, you’ll know it.

Make your own rules when mixing music!

Now that we know how to mix a song, you need also to remember that audio mixing is a creative process.

There are steps on how to mix songs, but when someone comes and says, “Help to mix my song,” leave some space for the creative in you to find expression. Take chances and see where the process leads you. At the end of the day, it doesn’t matter if you followed the guides for how to mix songs. As long as the product sounds great, you’ve done an excellent job.

Want a Professional Mix and Master for Your Next Track?

If you’ve followed our guide and still aren’t pleased with your finished mix, Mr. Mix and Master is here to help. We are experts at mixing music online and will even master your music online too. Let us help you make your next hit! 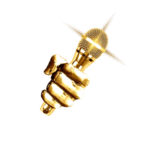 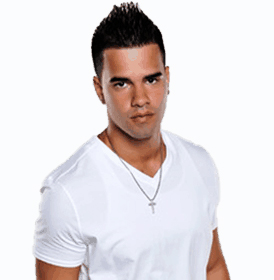 He is the founder of Mr Mix and Master and the House of Hits Recording Studio. He has recently accomplished his first RIAA Diamond certification and is currently 32 times platinum as a mixing engineer. In 2019 alone Vinny was nominated for four different Grammy Awards, further separating himself from the other online mixing engineers offering similar audio mixing and mastering services.

We Specialize In Home Recordings