When searching how to mix lead rap vocals online, it is certain that you will come upon pages and pages of data from different people telling you about different ways to do things.

This is because almost every music mixer uses a different method when it comes to mixing rap vocals. Some engineers will interest you and others won’t, be sure which articles are accurate and which ones are not.

As a 32 times platinum audio engineer who has been recording at the studio for over 20 years, working alongside the biggest names in hip-hop such as The Weeknd, French Montana, Lil Pump, Gucci Mane, Future, Tyga, Rick Ross, and many more.

I would like to share with you how I mix rap vocals and how you can improve your vocals too.

Before anything, one of the best ways to mix rap vocals is by starting it off from a good spot that happens to be the raw recording when vocals are tracked. Also, when learning how to mix lead rap vocals you need to use different plugins, and the first one should be the BMR.

You can also use the VCC plugin on the first insert of every track and even use the SSL emulations. Other people like using the slate 1176 emulations to control the vocal with a few compressions and go with a fast release to keep the vocals aggressive.

A little bit of everything goes a long way when it comes to mixing audio for a better sound. You can also play with the slopes to fine-tune it. Using a series of plugins and following up with an SSL from UID SSL E channels to fine-tune the entire mix process. 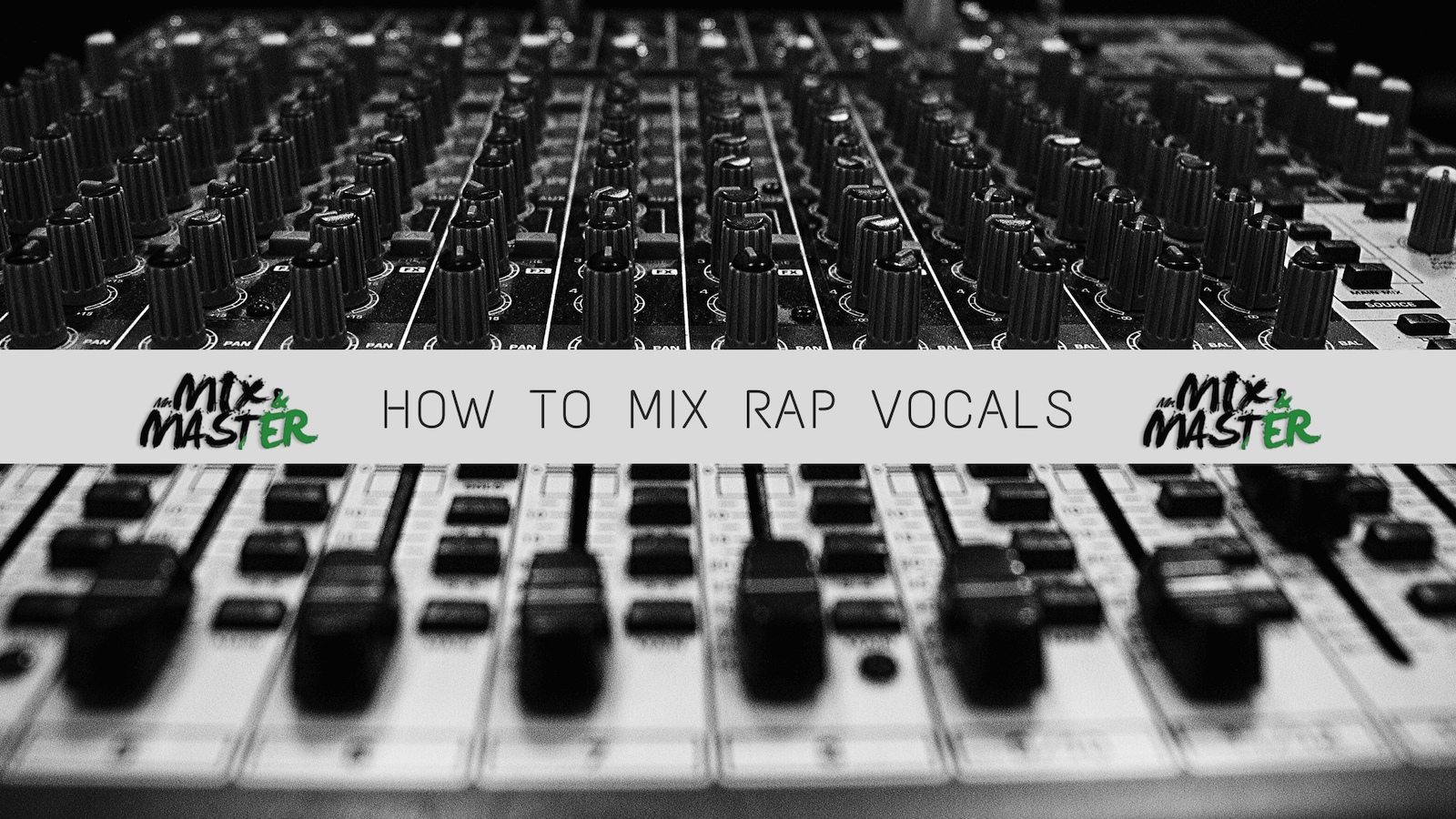 Other things that can be used when mixing the lead rap vocals are the filter, dynamic section, de-esser, as well as EQ. So how exactly do the three work together to fine-tune your studio recordings?

The filter: Here we roll off everything below 120 hertz before bringing the compressor. We also use a fast attack or a slower attack. Don’t forget to adjust the output. Adjusting audio input helps to adjust where the volume was before moving onto the compressor.

The EQ: At Mr. Mix and Master we boost everything in the rap which is above 8K. We boost our EQ to 1 or 1 ½ DB for anything above this range. You can decide the kind of boost you are going to use with your dynamic EQs depending on the type of track you are adjusting. If you feel that the vocal are a little too thick you can pull out a dB with a narrow Q.

In general, the right low compression ratio to use is between 1:5 to 2:1. This ratio is good, but if the rapper has a percussive delivery that has hard consonants, you need to lower the threshold and use something like a 4:1 ratio. The slightly higher ratio will help clamp down harsh transients.

Also, you need to play the attack and see if the lead vocal is sounding a little dull after you have compressed. The formula you choose depends on the vocals sound along with any multiband compressors. If they are excellent, you won’t need to do much, and you at least need to know how to fix them. It is how to EQ Rap Vocals In Pro Tools that is the game-changer.

One of the most common issues in rap recordings and mixes is without a doubt clipping. Clipping, in short, is a distortion that occurs when signal levels exceed the limit of a certain playback device. Throughout the battle of the loudness war, mix engineers continue to routinely mix with entirely too much clipping and distortion which can ultimately lead to a poor mix.

Tape stop, as well as static pitch-shift, are few of the most commonly used effects for dropping the pitch of a vocal. While a static pitch shift ultimately results in an amount of constant pitch change and a tape-stop change produces a subtle effect of an analog tape machine being reduced to nearly a halt. This effect results in a gradual decrease in both pitch and speed. The majority claim they hear the specific sound winding down in slow motion.

A go-to effect of mine is chopping up vocals and bringing them back almost like a boomerang effect. This can be achieved with or without certain plugins which I will go into further detail on a follow-up post. This is most commonly known as a stutter edit. Which involves adjusting the specific vocal to make it sound like a stutter if you will. When done on the beat with the song, this can bring a very pleasing sound to the listener’s ears. As will all good effects, more is less don’t overdo it.

No matter which strategy you deploy, make sure to always set the delay plug-in’s mix control to 100% when working on a single track. Always make sure your delay is in tune with your audio and has consistent speed.

Once your tempo has been set, begin with a slight delay time of a half note or quarter note, always avoid spinning the wheel hoping your delay comes out how you wanted it. This step in the process takes practice, don’t worry if you don’t get it right on the first attempt as it takes time to develop.

Reverb is an abbreviation for “reverberation”. Reverb is an electronically produced echo that is added to audio recordings. This effect is the sound you hear when singing in a shower, transforming a big sound too bigger than life.

Time and decay are the most important factors of control of a perfect reverb. The longer the reverb time the longer the effect and vice versa.

Here are a few of my favorite techniques when I am mixing rap vocals.

Once you succeed in evening out the vocals, you can then decide to bring in the compressor. I typically use the Waves Renaissance Compressor to control the vocal dynamic, this provides the vocal a very unique color.

Pro Tip: Many conservative music mixers say you should never compress in excess of a few dB. I strongly disagree, many of my biggest and fullest rap vocals are when using 20 dB of compression! Many artists love the warmth when properly using this compression technique.

Never be afraid to experiment and see what works best for the client. The more you practice, the easier it becomes to perfect these basic rap vocal mixing techniques.

Do you want better sounding music?

See why the stars choose us!